“When it was evening, His disciples came to Him, saying, “This is a deserted place, and the hour is already late. Send the multitudes away, that they may go into the villages and buy themselves food…

Jesus Answered To Them Hold Your Peace! 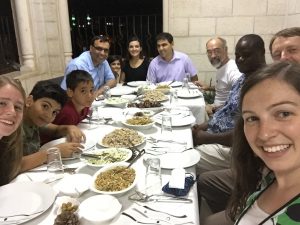 ”Did You Know That Five Loaves of bread And Two Fishes that Jesus used to feed over five thousand people came From Somewhere?

Of course, everyone that study the scripture with the mind of Christ should know that it came from among them, It wasn’t hidden.

However, the truth is that the resources don’t come from a Millionaire, a politician. Neither does it come from manipulating the people that were in need of help to give under duress.

That little resources that Jesus multiplied for thousands came from the sacrifice of a willing heart that loves others.

General Overseers, Don’t Choke The Followers of Christ To Death By Always Asking Them To Give the ”Isaac” you don’t give to them Under Duress.

BISHOPS ARE NOT GOD; THEY’RE NOT PERMITTED TO BE ASKING FOR THE “ISSAC” THEY DON’T GIVE.

… You give them something to eat.” And they said to Him, “We have here only five loaves and two fish.” He said, “Bring them here to Me.” Then He commanded the multitudes to sit down on the grass. And He took the five loaves and the two fish and looking up to heaven, He blessed and broke and gave the loaves to the disciples, and the disciples gave to the multitudes. So they all ate and were filled, and they took up twelve baskets full of the fragments that remained. Now those who had eaten were about five thousand men, besides women and children.” Matthew 14:15-21 NKJV.

If Jesus Christ fed over five thousand people with five loaves of bread and two fishes then I want you to be rest assured that He is abundantly able to feed whatever numbers of people that is beyond your imagination now.

Don’t lunch christ followers into becoming debtors because they want to support the kingdom of God’s mission.

Hold your peace God is abundantly able to complete His project. He has millions of obedient people that don’t need coaxing before they give to God’s mission.